Residents in Bunyangabu District have been urged to embrace good hygiene and sanitation in their homes to avoid infectious diseases such as cholera and dysentery during the rainy season.

Chris Kemba, the district health educator, made the call in an interview following an inspection that found out that Bunyangabu district has 75% latrine coverage, while residents from 25% of the homes defecate in bushes.

Kemba warned: “This practice of open defecation puts the lives of the people at a very high risk of contracting diseases.”

He called on the people to drop the backward practice of using the bush as cover during long calls, saying that constructing a pit latrine using local materials does not cost much.

Kemba advised homes that do not have latrines to build them immediately before district authorities reign on them.

The health educator said the most important thing is that you cover the hole after use so that flies do not have a chance to go in and out of it.

However, Kemba also noted with concern that only 33% of people in the district are embracing hand washing and this he said was as a result of the fear of Covid-19.

How does poor sanitation affect women?
Poor sanitation has significant impacts on the safety, well-being, and educational prospects of women. Girls’ lack of access to a clean , safe toilet especially during menstruation, perpetuates risk, shame, and fear.  Population growth will only make it more difficult to achieve targets on access to basic sanitation
Why is sanitation important for women?
Safe water and hygiene for women can reduce the risk of infections and death for infants and mothers by up to 25 percent. Sanitation for women, safe water access, and improved hygiene saves their lives and the lives of their infants, reducing maternal and infant deaths drastically
What are the effects of poor sanitation?
The desk study, Economic Impacts of Poor Sanitation in Africa – Ghana, found that the majority (74 percent) of these costs come from the annual premature death of 19,000 Ghanaians from diarrheal disease, including 5,100 children under the age of 5, nearly 90 percent of which is directly attributable to poor water.
What are the effects of practices of sanitation?
Lack of access to poor sanitation is a leading risk factor for infectious diseases, including cholera, diarrhea, dysentery, hepatitis A, typhoid, and polio. It also exacerbates malnutrition, and in particular, childhood stunting.
What are the main causes of poor sanitation?
What are examples of sanitation?

Sanitation can include personal sanitation and public hygiene. Personal sanitation work can include handling menstrual waste, cleaning household toilets, and managing household garbage.
What is the danger when a girl does not practice menstrual hygiene?
Practices related to menstruation hygiene are of major concern as it has a health impact; if neglected, it leads to toxic shock syndrome, reproductive tract infections (RTI), and other vaginal diseases [9–11]. Poor genital hygiene negatively affects adolescents’ health.
What are the diseases caused by unsafe water and poor sanitation? 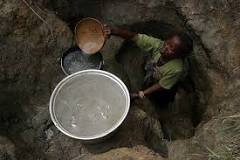 World Health Organization (WHO) estimates that 4 percent of all deaths worldwide are the result of waterborne diseases like diarrhea, cholera, dysentery, typhoid, and polio that thrive in unimproved sanitation conditions
What are the problems with clean water and sanitation? 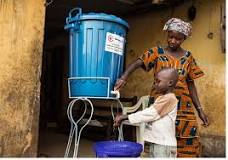 Water and health. Contaminated water and poor sanitation are linked to the transmission of diseases such as cholera, diarrhea, dysentery, hepatitis A, typhoid, and polio. Absent, inadequate, or inappropriately managed water and sanitation services expose individuals to preventable health risks
How sanitation can be improved? 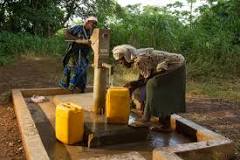 Improve sanitation facilities by providing toilets and latrines that flush into a sewer or safe enclosure. Promote good hygiene habits through education. Proper handwashing with soap and water can reduce diarrhea cases by up to 35 percent
How does water scarcity affect women and girls?
The impacts of water scarcity affect families and their communities. … Women and children are worst affected – children because they are more vulnerable to diseases of dirty water and women and girls because they often bear the burden of carrying water for their families for an estimated 200 million hours each day.
Why are hygiene and sanitation important?
Maintaining personal hygiene and sanitation is important for several reasons such as personal, social, psychological, health, etc. Proper hygiene and sanitation prevent the spread of diseases and infections.
What can be the adverse effects of open defecation? 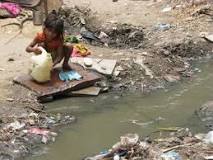 Children and Sanitation: The Effects of Open Defecation
Share